Bitcoin held steady around $57,000 on Friday after a near-10% decline over the past week. The cryptocurrency is roughly flat over the past 24 hours, compared with a 5% rise in ether and an 8% rise in Solana’s SOL token over the same period.

Analysts pointed to rising leverage as a possible sign of froth in the crypto market, which forced some traders to liquidate long positions earlier this week.

From a technical perspective, bitcoin’s long-term uptrend remains intact so long as support above $53,000 holds.

The chart below shows BTC’s drawdown, or percentage decline from peak to trough. Currently, bitcoin is down about 13% from an all-time high of around $69,000. A slight drawdown is typical after a price reaches an all-time high, although losses can exceed 10%-15% even within a bull market.

Over the long term, bitcoin remains vulnerable to deep corrections along a broader uptrend. Still, drawdowns appear to be limited around 50% to 60% before a price recovery occurs. 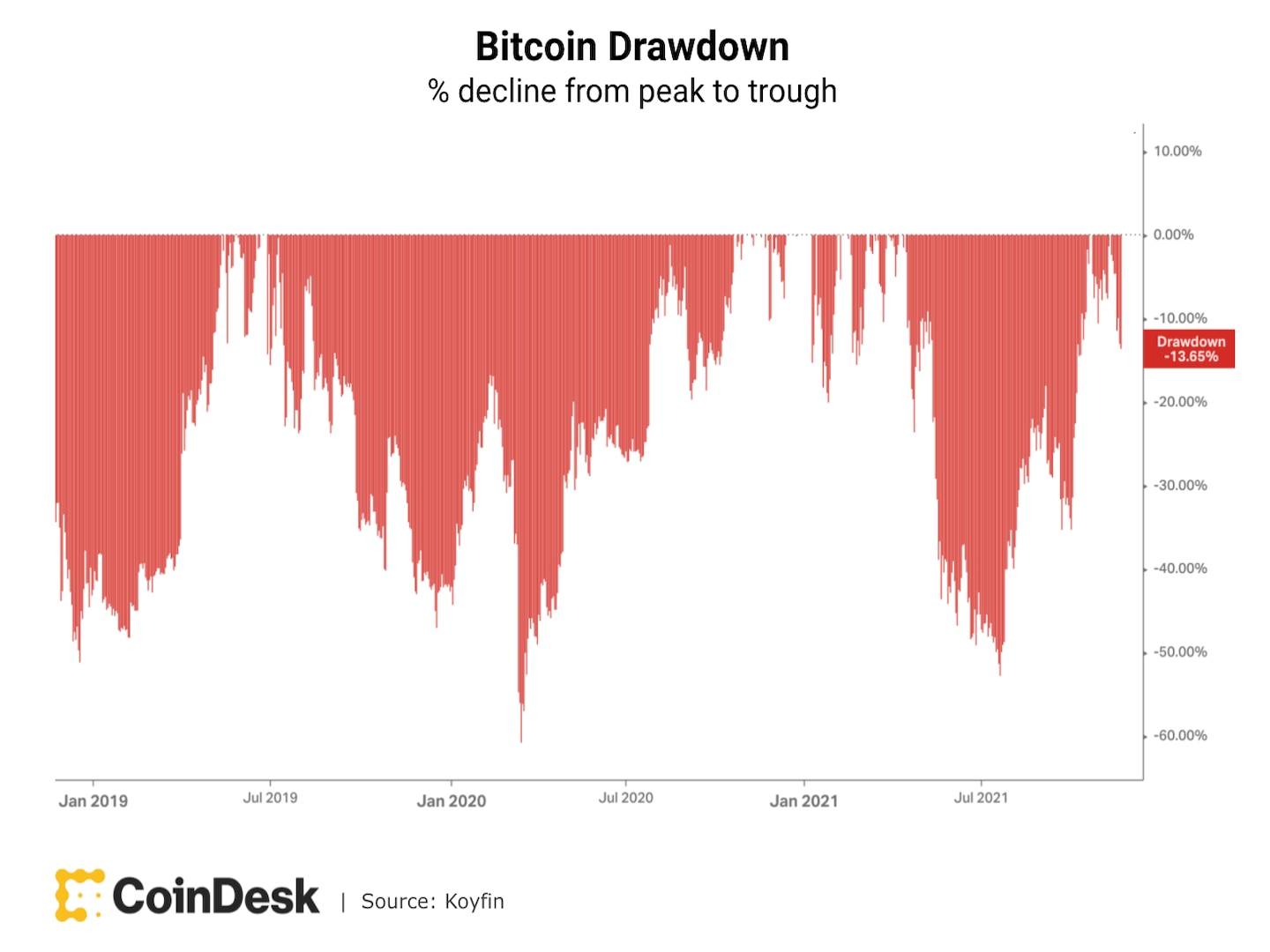 Some analysts view the current drawdown as a warning sign of further downside in BTC’s price.

A drop in total capitalization of another 5% would signal the onset of a bear market, assuming cryptocurrencies live by the same laws of psychology that underpin technical analysis, Alex Kuptsikevich, an analyst at FxPro, wrote in an email to CoinDesk.

The sell-off in cryptocurrencies from the May peaks ended only after the market lost more than half its valuation. The odds have significantly increased that the bears are aiming to sell the rate down to the $48K level, although there are still a few significant stops along the way, Kuptsikevich wrote.

For now, blockchain data shows steady demand for bitcoin. Even after a near 20% correction of the all-time high, long-term BTC holders do not appear to be spending their coins in panic, Glassnode, a crypto data firm, tweeted on Friday.

After peaking at 13.5M BTC, long-term holders have only distributed 100K BTC over the last month, representing just 0.7% of their total holdings, Glassnode wrote. Still, long-term holders could eventually react to a potential down move in BTC’s price. 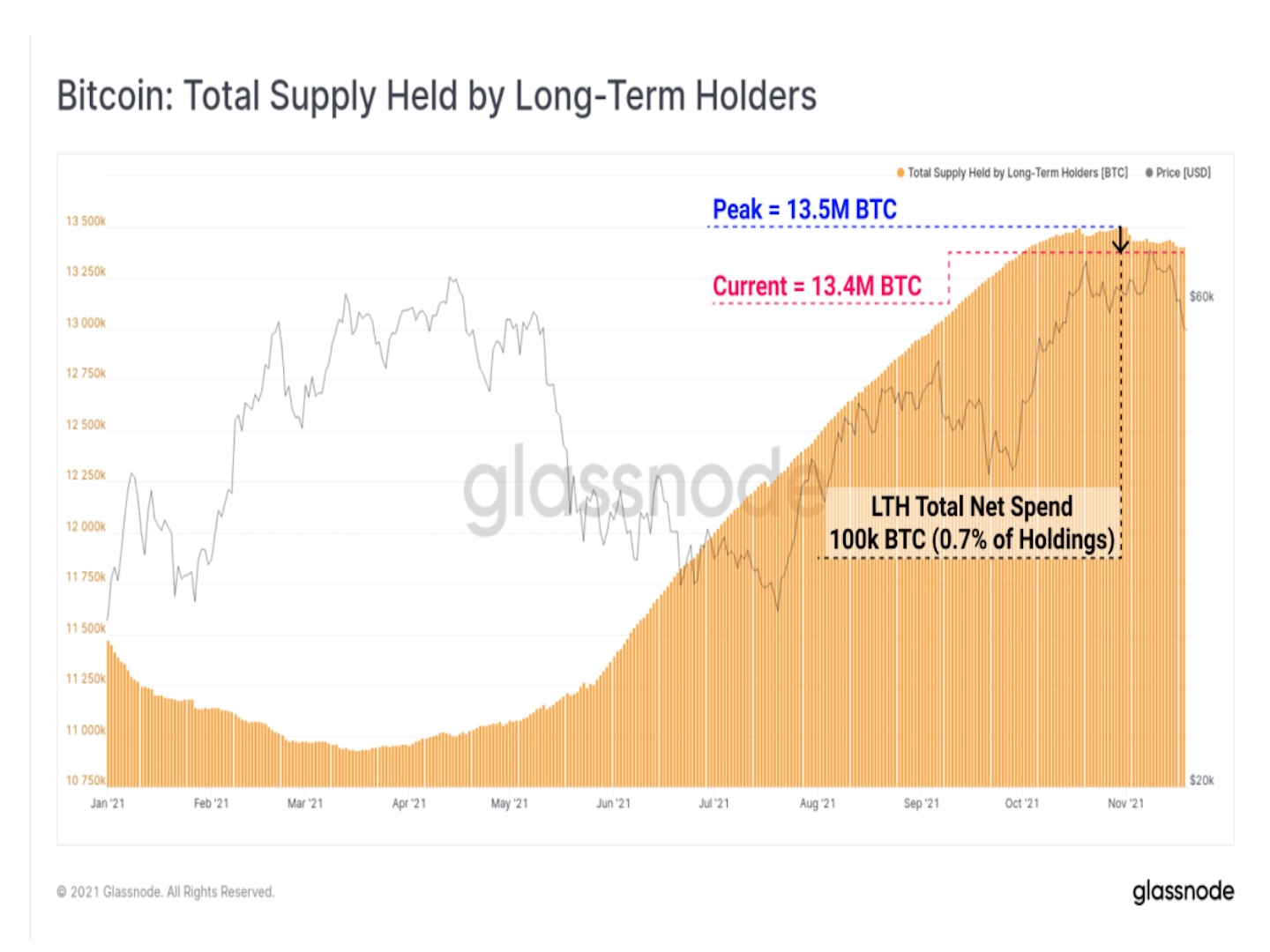