Bitcoin (BTC) rose above $36,000 on Tuesday but was still down about 0.38% over the past 24 hours, compared with a 0.76% fall in ETH. Considering the rebound earlier today, it appears that buyers are starting to return, but some analysts expect choppy price action ahead of the U.S. Federal Reserve’s press conference on Wednesday. Fed officials kicked off their policy meeting today.

The Fed is expected to provide details about ending its asset-purchase program in March, which could coincide with a rate hike. Concerns about a tighter monetary policy have contributed to a sharp sell-off across speculative assets, including equities and cryptocurrencies over the past two weeks.

For now, it appears that short-term traders have returned to the bitcoin spot market. BTC’s trading volume has increased over the past few days after the cryptocurrency dropped below $40,000. That could signal higher volatility ahead.

“The muted liquidations experienced amid the turmoil compared to what we’ve seen earlier might also suggest that underwater longs are exposed for further decline,” Arcane Research wrote in a Tuesday report. 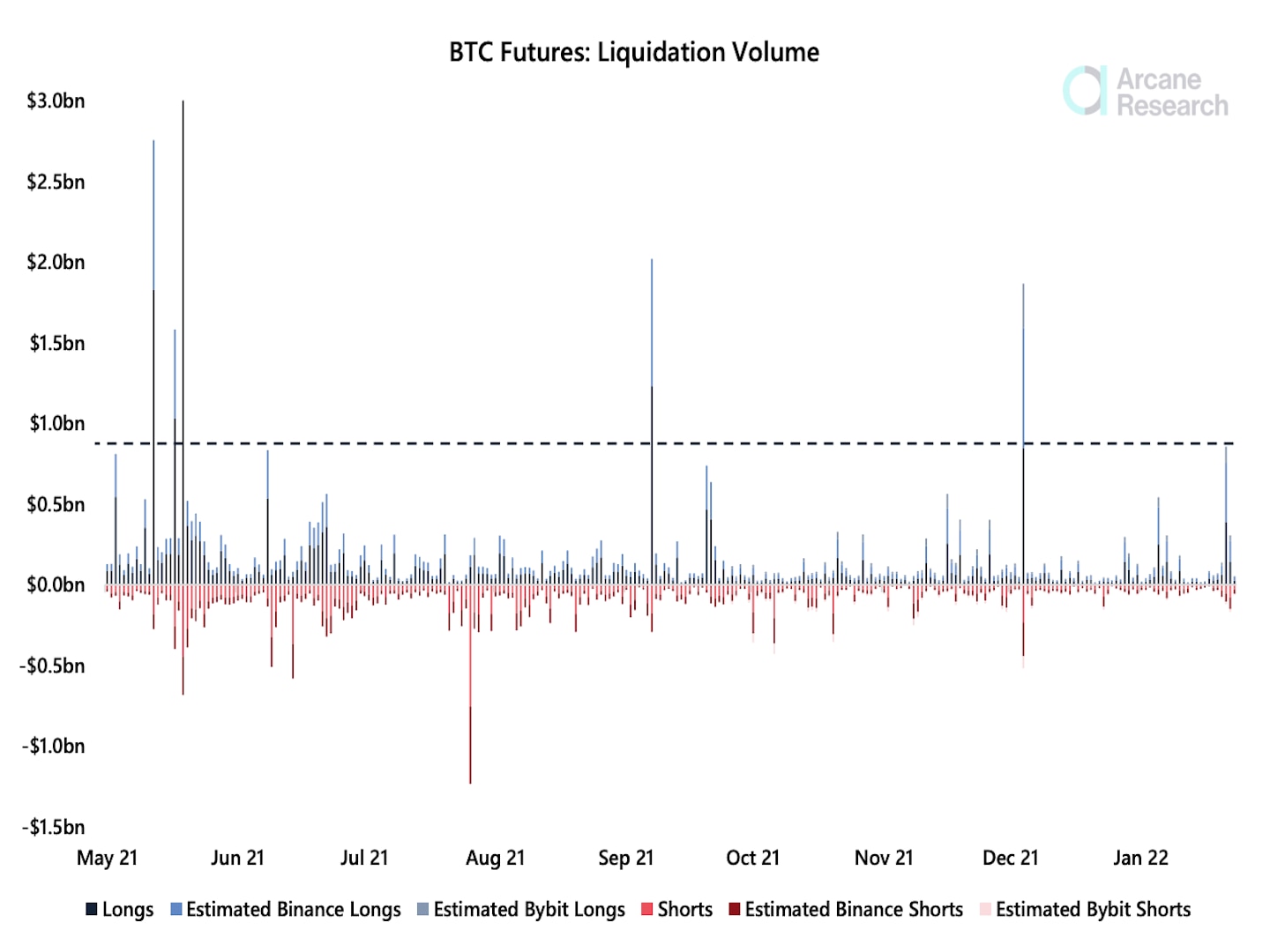 Another sign of caution is the recent rise in bitcoin’s dominance ratio, which is BTC’s market capitalization relative to the total crypto market cap. Typically, a rise in the dominance ratio indicates a flight to safety among crypto traders as bitcoin is viewed as less risky than alternative cryptocurrencies (altcoins). 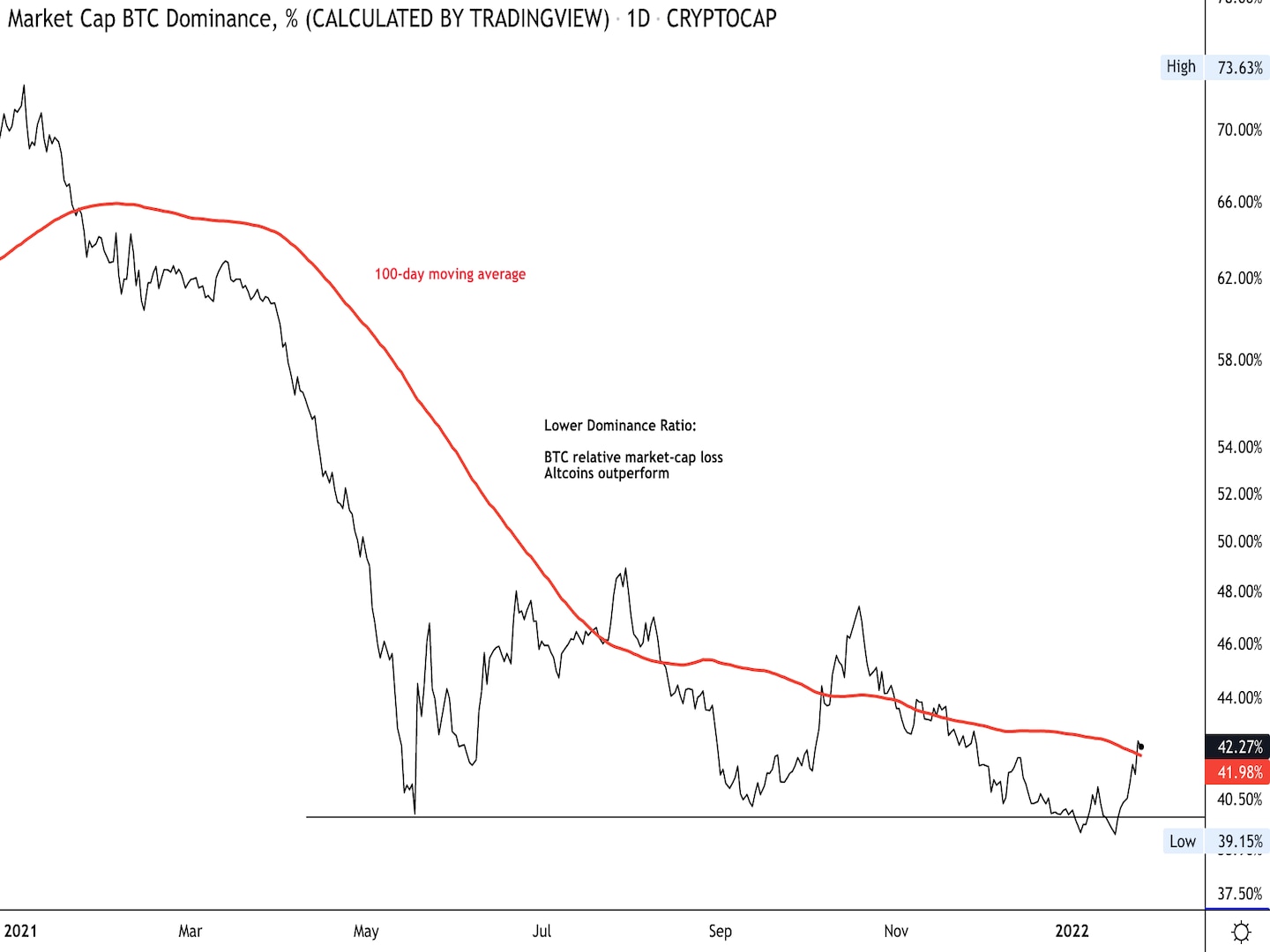