Garry Kasparov knows math. He knows logic, strategy and decision-making. Widely regarded as the greatest chess player in the history of mankind, the Russian grandmaster – ranked No. 1 from 1984 to 2005 – sees the world with a certain clarity.

So it will delight many in the blockchain industry to learn that Kasparov, easily one of the smartest people alive, is now a champion of cryptocurrency. And it’s partly because of math. Kasparov has spent his retirement opposing Russian President Vladimir Putin (a defiance that once got him tossed in jail), fighting for humanitarian causes and serving as chairman of the Human Rights Foundation (a nonprofit that strongly supports bitcoin as a freedom-giving tool). Now he views crypto as a way to check government power. Bitcoin offers protection against rampant government spending, says Kasparov, because you’re protected by math – by the logic of the code itself.

Kasparov also sees merit in non-fungible tokens. In December, in partnership with 1Kind, he dropped a series of 34 NFTs that showcase iconic moments from his life: the 1985 match that crowned him as the youngest world chess champion, the epic battle against International Business Machines’ artificial intelligence-powered Deep Blue and speeches against totalitarian governments.

It’s this battle against totalitarianism that has defined the current chapter of his life, and Kasparov sees crypto as part of that struggle. Or as the grandmaster puts it, I believe that supporting crypto is an important part of my contribution to the future of humanity.

This interview has been condensed and lightly edited for clarity.

CoinDesk: How’d you get into the crypto space?

Kasparov: If you followed my career and read about my early interest in computers and technology, you should not be surprised that I was very excited when I recognized the value of cryptocurrencies and NFTs.

This goes all the way back to the ’80s; I always tried to be at the cutting edge. It started with chess. But I also saw an opportunity to use computers and new tools to advance individual freedoms. It’s my belief that technology should help people fight back against the power of the state.

How do cryptocurrencies fit into that?

Cryptocurrencies become an inseparable part of or progress, because the whole world is moving digital. And if the economy becomes more digital, so does the money. Another philosophical reason is that . governments [have] unlimited opportunities to print money. And printing money is the most exquisite form of borrowing from us and from future generations. 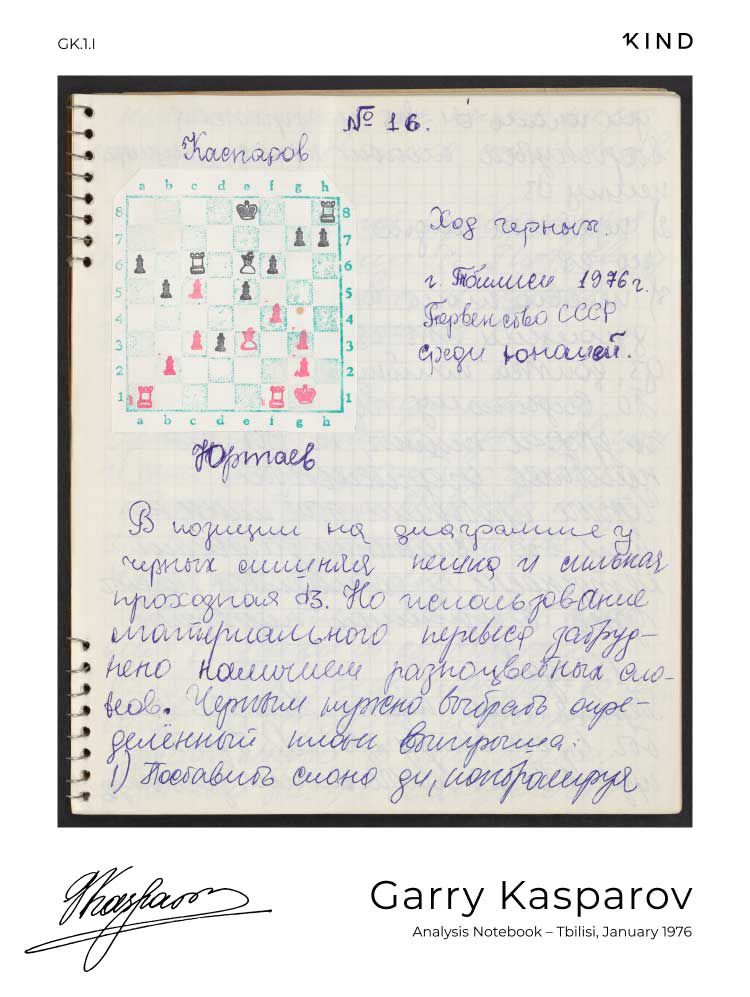 How, specifically, did you first get involved?

We thought about using crypto as a way to help them to get material help, because in many countries it was impossible – and it’s still impossible – to actually get proper funding. So crypto offered an opportunity to support these activists indirectly. And the more I learned about it, the more interested I got in the whole mechanism.

Can you elaborate on why this is important to you?

Look, crypto is a controversial thing. Because you hear a lot of people say, Oh, that’s money laundering. That helps bad guys. True. I mean, no technology is uniquely good, because it’s technology. Humans still have a monopoly for evil.

So, I’ve been doing a lot of talks about it, and I’ll say, Look, it’s not the magic wand or the terminator. It’s not a harbinger of utopia or dystopia. It’s a tool. Crypto is a tool. And of course it could benefit some bad guys with maligned intentions. But it’s about the balance, it’s about trade-offs. And I think the balance is so much in favor of progress.

It’s like the dot-com bubble. 99.9% will be gone. But those that survive will become the Googles of the world.

In the democratic countries in America and Europe, trillions of dollars will be printed. I’m an American taxpayer. And I understand that you need to build new infrastructure. But I’m not happy to see that the government has a free hand to use my taxes, basically to devalue [the dollar].

So I think it’s very important that technology would offer me an opportunity to fight back, to protect my hard-earned fortune. And I think that bitcoin – which I believe is online gold – and other cryptocurrencies are the way to the future. I’m not a financial expert, but I would not be surprised if, I would not be surprised if, in 10 years’ time, the dollar will be replaced by the basket of coins as a standard.

I’m guessing it’s safe to say you own bitcoin?

I’m a great believer in the future of coins.

I suppose if you believe that, then it would almost be foolish not to be buying Bitcoin?

Thoughts on the future of bitcoin?

Well, I think bitcoin will remain as a standard. But of course it cannot stay alone. So that’s why you have more coins coming in. It’s a natural process. Now we have thousands and thousands of coins. It’s like the dot-com bubble. Ninety-nine point nine percent will be gone. But those that survive will become the Googles of the world. I’m not here to judge which one, but there will be few that will survive – that’s why I said basket of coins.

In the past, your championing of human rights has gotten you in trouble with the Russian authorities. Given that background, are you concerned that your support for cryptocurrency can get you in hot water?

Well, this is definitely a no. [In the past,] I was in hot water. To give you an idea, one of the NFTs is a picture of my first arrest in Russia. So it’s all reflected in my NFT. Look, this is much less perilous than to attack Putin directly.

I grew up in the Soviet Union, and learned from my mother and my teacher the motto of Soviet dissidents, Do what you must, and so be it. And I believe that supporting crypto is an important part of my contribution to the future of humanity. And, again, I [view it] as a much less risky endeavor than speaking publicly about Putin or other dictators.

How would you describe your NFT project?

I don’t pretend to be a great expert in NFTs, but I’m not aware of anything similar that exists. It’s a collection of 30-plus NFTs that are related to special events in my life and special people in my life. This is a story that connects you to very personal moments. Every NFT has a video message.

It’s all connected to the physical assets, like my notebooks from the ’70s. Thanks to my late mother, who preserved this archive, you can actually look at me scribbling in 1973.

The NFTs all reflect the moments of me growing up, learning from my mother, and from my teachers, and then fighting for the title, and then shifting my life and moving into human rights and computers.

Interesting. This feels almost like a memoir, in a sense. I’ve worked with CEOs before to collaborate on their memoirs, and one thing I’ve found is that the process can almost be emotional, or even a bit therapeutic. Did you have any sense of that?

The whole story starts from a very emotional moment, though it’s a tragic one. My mother died on Christmas day last year, from COVID. And I couldn’t be next to her, and that was a really big blow because we were so close.

While she was alive, I didn’t even know that she preserved all these archives. She was not happy to talk about the past. That’s why I [held off] on any major publication that would highlight [the past]. I wrote two books, but not the one that could tell everything.

After she died, I thought it would be right for me [to honor] her memory to actually start doing things. I’m doing a documentary now; it’s in Russian. The first segment will be ready early next year. And I hope I can cover my entire chess career, and it’s for her. It’s dedicated for her. And this [NFT] project was inspired by this tragedy. I thought it was very important to show my personal life and her connection, and why she was so important.

And so I spoke to 1Kind, and 10% of the sales will go to Kasparov Chess Foundation, and this will be a scholarship under her name for all the great talents raised by single mothers.

Amazing. Congrats on the NFT project, and best of luck.