Bitcoin was the big loser in cryptocurrency markets on Wednesday, down 5% on the day as investors weighed concerns about the COVID-19 omicron variant.

Ether (ETH), the second largest cryptocurrency by market capitalization, was down 3% in the last 24 hours.

Laurent Kssis, a crypto exchange-traded fund (ETF) expert and director of CEC Capital, a crypto trading advisory firm, said that both bitcoin and ether remain vulnerable to price pullbacks, fueled by leverage washouts. According to the data site Coinglass, some $187 million of crypto trading positions were liquidated over the past 24 hours.

This is skewed to long liquidations, which will inevitably put downward pressure on BTC, said Kssis.

Glassnode data shows that support failed to hold and triggered a full wave of liquidations as the lower price was hit each time: 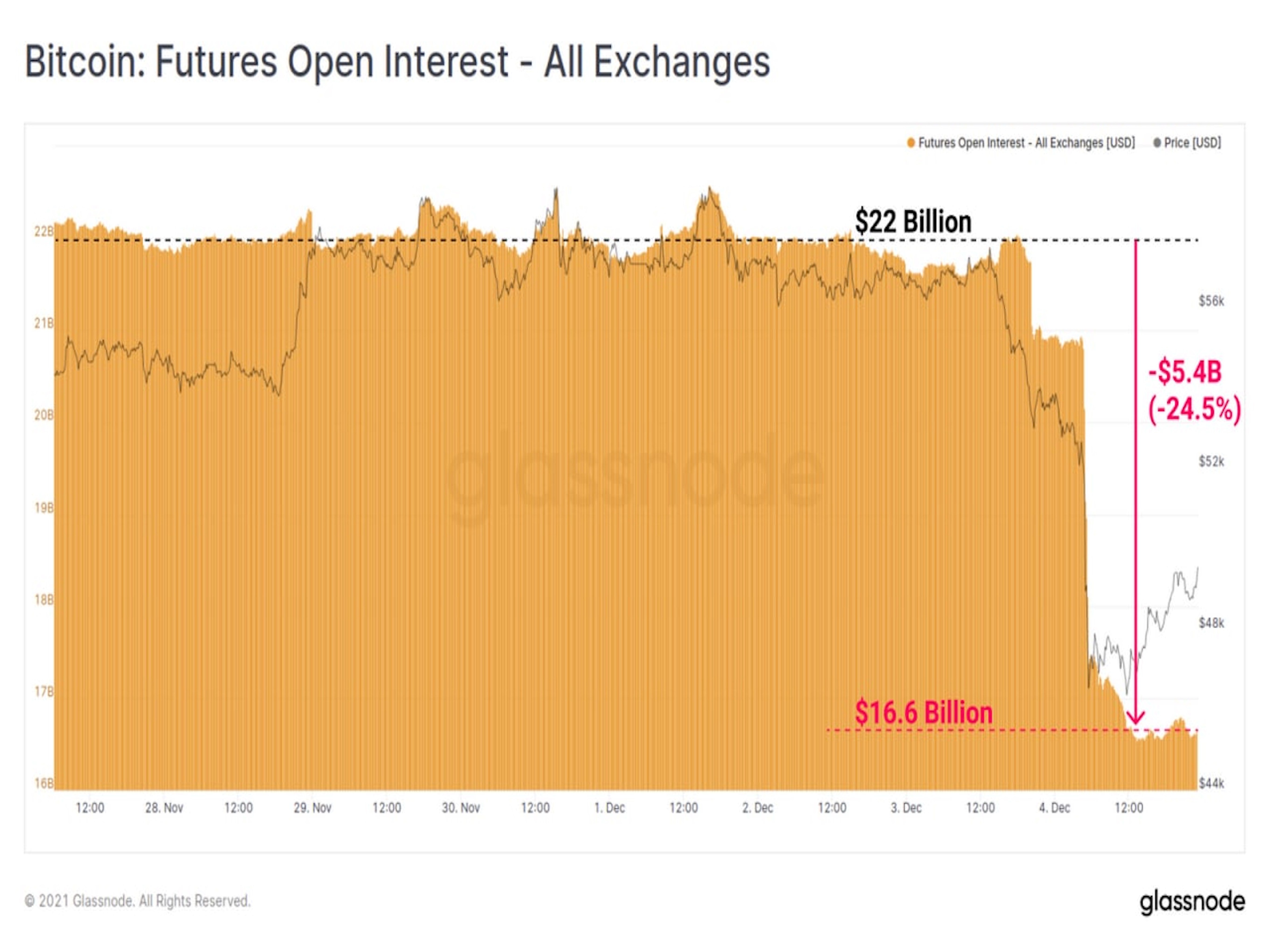 He attributes the recent lack of market momentum to sentiment and technical trading more than anything else. It may well stay that way until enough momentum is achieved in either direction, said Deane.

Over the last two weeks, bitcoin short momentum volume has increased two times over that of longs, according to Stack Funds’ weekly report.

Added pressures such as regulatory scrutiny, profit-takings and weaker accumulation trend have all played a part in this, wrote Lennard Neo, head of research at Stack Funds.

Ecoinmetrics data shows that similar drawdowns in magnitude and duration were seen earlier this year that resulted in 20%-40% declines, and after each time, the market recovered and extended to new highs. 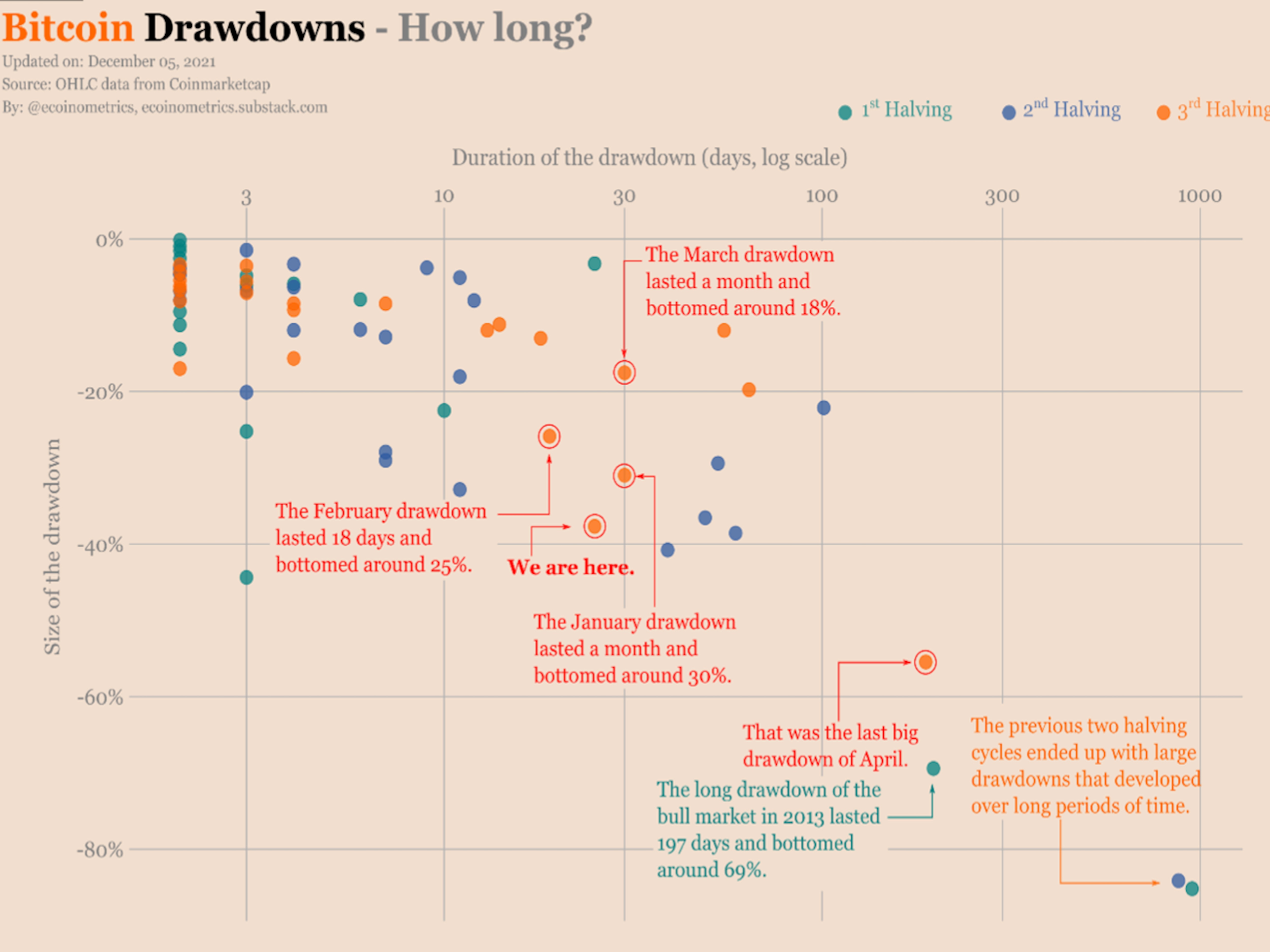